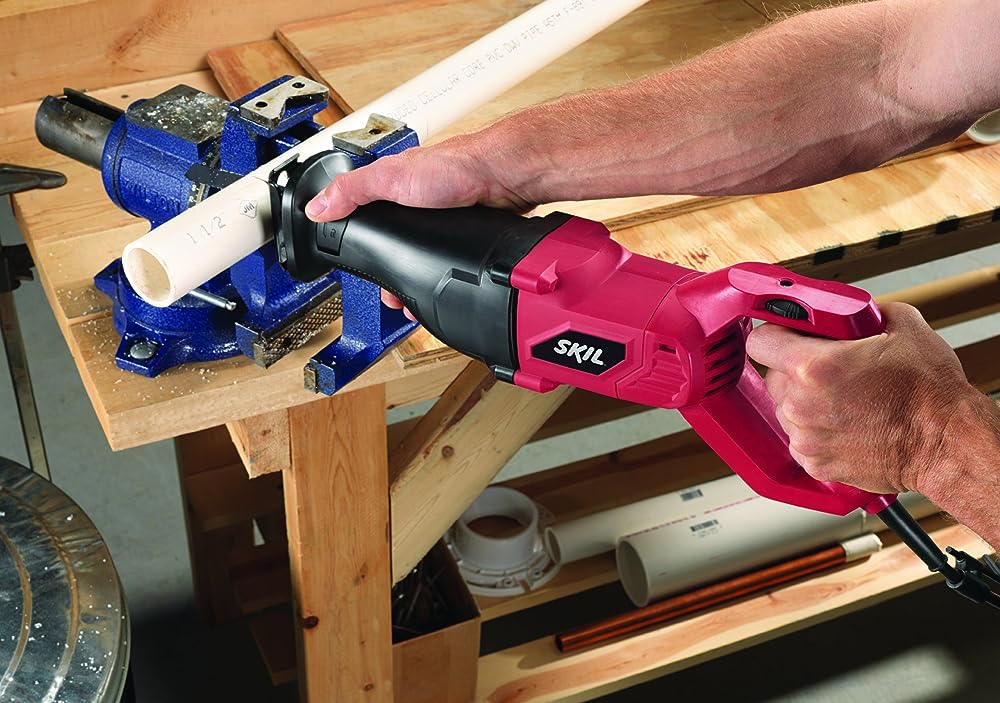 There are saws that exist for every type of cut that you need to make in your workshop, though many of the varieties seem similar enough that they need to be differentiated.

When it comes to the reciprocating saw vs jigsaw, it can be quite difficult. After all, they perform a lot of the same functions.

Some novice woodworkers are not sure which tool is best for their needs. So, what happens if you can only afford one and need to make a choice?

Let’s find out what is different between the reciprocating saw and jigsaw. Which one is better for you.

Overview On Reciprocating Saw And Jigsaw

Reciprocating saws were first designed by the Milwaukee Tool company in 1951. They were first marketed under the brand name “Sawzall,” and the company later developed a more compact version they sold under the moniker “Hackzall.”

It was innovative at the time to develop any type of saw that could plunge through numerous materials so easily. Because the motor drives back and forth in a typical sawing motion, the blade could cut through almost anything.

Strangely, the jigsaw has been categorized as a mini reciprocating saw, but the truth is, they are very different. A jigsaw is a power saw that should be used for projects that require smaller and more delicate cuts. They are very precise. 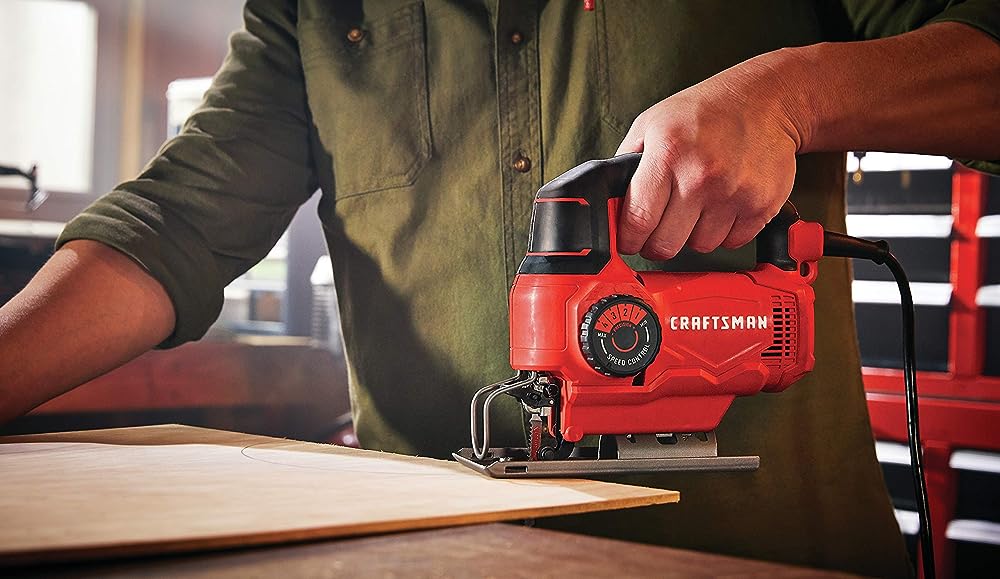 The jigsaw was actually created a few years earlier in 1946, though, as previously mentioned, it is now categorized as a type of reciprocating saw.

Albert Kaufman, an engineer at the Solothurn, Switzerland Scintilla AG company, was tinkering with his wife’s sewing machine and tried out an idea that he had by replacing the needle with a saw blade.

Scintilla then developed, produced, and marketed the invention under the name “Lesto jigsaw” until the company was acquired by the Bosch corporation, when it was then sold as a “Bosch jigsaw.”

Each of these tools has a long list of pros and cons when it comes to their respective styles and uses. They both have their good points and bad points, so your intended use is what truly matters.

Comparison of Features in Common 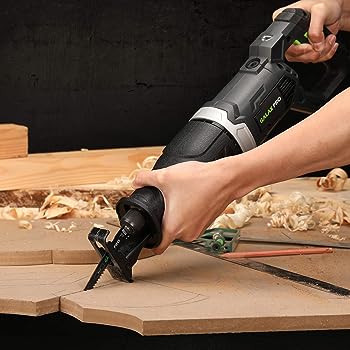 Reciprocating and jigsaws are a lot alike. If anything, a jigsaw is said to be a type of reciprocating saw just because of how it works.

Both have blades that push and pull, or reciprocate, to penetrate and cut through various materials. How they do differ is in the manners in which they are used, as stated previously. Each saw is more suited to a particular purpose, so they are definitely not interchangeable.

Both reciprocating saws and jigsaws feature corded and cordless models, which each have their own advantages and disadvantages. For example, a plug-in type will never run out of power, but it can never be as versatile or mobile as its cordless counterpart.

Both saws also rely on a sort of trigger-like mechanism for activation. The key difference here is the position of each saw. With a reciprocating saw, the blade will always protrude out of the front of the tool, necessitating a two-handed grip.

Standout Features and Differences Between Reciprocating Saws and Jigsaws

The jigsaw and the reciprocating saw may have a lot in common, but it is the differences between them that show specifically where each tool shines

They are commonly used in construction, electrical, and plumbing work when something needs to be taken down, taken apart, or removed.

With a short, protruding blade, and a whole lot of power, the reciprocating saw can slice through pretty much any material with ease.

The push and pull motion of the front-facing blade ensures that you will be able to cut through anything out in the open.

You can even find some reciprocating saws with an orbital or pendulum type of motion only, and still others that can do both with a switch to change between the two options.

Because it has that horizontal blade, no other saw can truly beat the reciprocating saw for rough cutting.

The handy saw makes landscaping a breeze and saves you the expensive of hiring a professional.

They can carve through plaster, concrete, hardwood, bricks, masonry, and the densest of metals just like hot butter. That is why it is the number one choice for the most difficult of tasks like cutting through pipes and framing windows.

If you do not care what the finished product looks like once you are done, the reciprocating saw is for you. It is so good at destroying everything in its path.

The jigsaw is best at preserving fine woods, plywood, thin plastics, ceramic tiles, and sheet metal without causing much if any, damage.

The jigsaw’s slim and long blade can handle precise cuts in a near perfect manner. This makes it best for crafts.

The jigsaw can cut circular patterns, almost all curves, and multiple complex shapes with ease. This is because the blade protrudes out of the saw downwards rather than straight forward as in the case of the reciprocating saw.

Of course, the actual shapes you can cut depend on the blade you use. Many people use them to create furniture with curves, such as table legs and bedposts.

It is simple enough to use with only hand. However, that means it doesn’t have hand grips.

Inexperienced people can use a jigsaw without training because they so simple to use. You can be sure that a new trainee can learn how to use the saw easily, even if they are far from power tool connoisseurs.

Since a jigsaw is great at making precise and intricate plunge cuts, it is the go-to saw for cutting holes out of countertops.

If money were not a factor in your decision, it would probably be best to purchase both a reciprocating saw and a jigsaw. Since both are useful additions to any power tool collection.

However, if you had to decide whether you need a reciprocating saw vs jigsaw, your choice would certainly depend upon why you would need the saw you choose, and how you would most likely use it.

Do you perform a lot of demolition or cut up various materials of differing thickness and toughness on a regularly basis? This is probably most likely if you have a remodeling business, or you are heavily into home improvement or renovation tasks for a hobby.

You should then choose the reciprocating saw if you need to break down complicated materials frequently.

Or. are you a recreational or novice woodworker that needs an easy-to-handle, versatile, and portable saw that can be used to make plunge cuts and curved cuts such as when crafting rounded pieces of furniture?

If this applies to you, you should purchase a jigsaw, especially if you tend to work on flat surfaces and prefer a vertical blade that can assist you in creating intricate, precise cuts.

1 thought on “Reciprocating Saw vs Jigsaw – Which Is Better For You?”