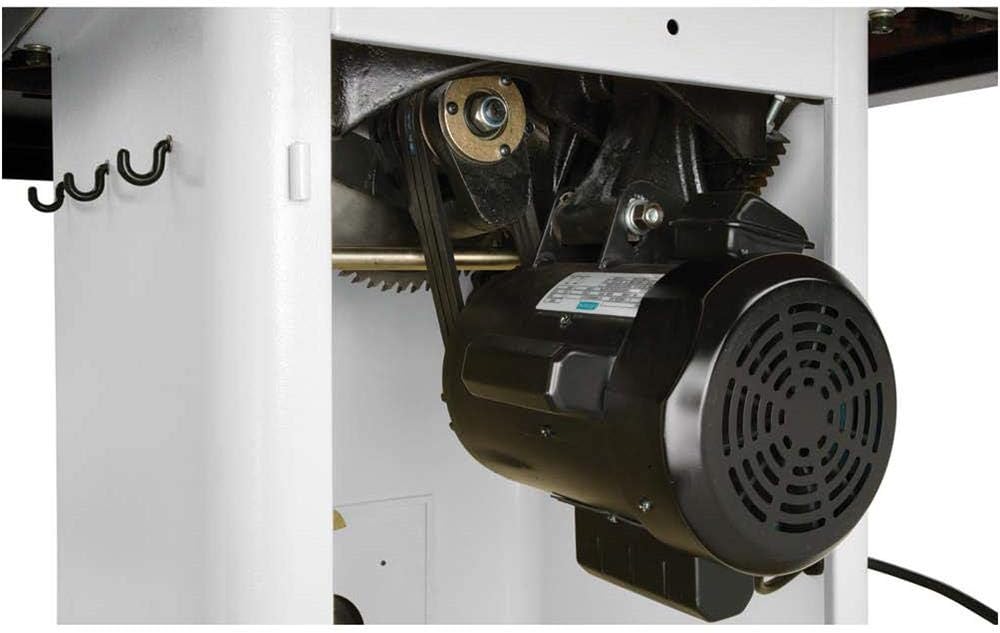 Though there are many factors to consider when purchasing a table saw, one of the most important is the motor. The best features and benefits will be of little use if the saw doesn’t have the capacity to perform the job you need it to.

Although other features like featherboards or jigs may be upgraded later, a saw’s motor is a one and done choice. Table saws have two kinds of motors to choose from: direct drive and belt drive.

In making your choice, you want to think about some key points: what kind of cutting will you be doing the most? Do you need portability? What is your budget?

Generally direct drive table saws are good for serious woodworking hobbyists or contractors who need a portable saw to take to job sites.

Belt drive table saws are often for professional woodworkers who need a powerful saw for deep cuts or hardwoods.

Direct drive motors earn their name because the motor is attached directly to the saw blade. The motor can transfer all of its energy to the saw efficiently, with very little lost.

They require less maintenance over their lifespans and are generally smaller and less expensive than belt drive motors. Also, they create less vibration and quieter than with belt drive table saws.

Belt drive table saws are not connected directly to the blade. Instead, they use a pulley and v-belt system to transfer power from the motor to the blade.

This setup is not as efficient as the direct drive since some energy is lost in the transfer via the belt.

However, belt drives motors have more power overall. Even with the loss of efficiency, the result is still a more powerful saw than the direct drive.

Because of their belts they require more maintenance, and they usually cost more than direct drives because of their larger size and greater capacity.

If space or portability is a top concern for you, then the direct drive is probably your best choice.

Because there is no need for the extra space for belts, direct drive table saws are smaller. This smaller size also makes them easier to take to work sites.

Belt drives are used on the larger stationary table saws. How large the actual saw is depends on many factors, including the size of the blade, motor, and belt.

If you don’t need to cut thick wood or hardwood and your workshop has limited space, the direct drive will suit you best.

Belt drive saws are hands down more powerful than direct drives. That may be surprising because with the motor directly attached to the blade, it would seem direct drives would have greater horsepower.

Direct drives are more efficient with energy because it goes straight from the motor to the blade, but they are limited by the size of the motor. Belt drives allow for a larger motor and therefore more torque.

Trying to cut a piece of wood without sufficient power can lead to uneven cuts or a greater risk of kick back. It is unsafe to try to force a blade through wood it cannot handle.

Table saws generate between 1 HP and 5HP. If you usually cut wood up to 2” thick, 1-2HP will suffice, which is the average range of a direct drive.

But if you cut thicker wood or hardwood, you will need a motor capable of 3HP-5HP, a belt driver.

If you need to cut hardwood frequently or you will be cutting thick wood, then choose the more powerful belt driven motor.

Although it’s always great to go for a lot of power, more power will be more money as well. Carefully think about how you will use the saw the most. In most cases the direct drive saw will handle the job.

Direct drive saws, being smaller, cost less than their belt drive counterparts. If you don’t need the extra power, you may want to save the money and put it toward other supplies for your shop.

However, don’t scrimp on quality. Research the best brands and their features to make sure you are getting a well-made table saw with a good array of safety features.

Direct drive saws have less maintenance because they don’t have belts to wear out. However, because the motor is next to the blade, sawdust can build up and cause overheating issues. This can lead to motor burnout.

Belt drives are far enough away that they dust does not affect them that much, so overheating is not a big issue.

Over time the belt will need replacement, although a quality saw will go quite a long time before the belt wears out. In general, belt drive table saw tend to last much longer than direct drives.

If you need the power and you don’t mind the idea of occasionally needing to replace the belt, purchase the belt drive saw over the direct drive.

Direct drive table saws tend to be noisier than belt drives. Because the motor is attached to the blade, there is no way for vibration or noise to be absorbed.

With belt drives, the belt itself lessens vibration and consequently the saw runs quieter than the direct drive.

However belt drive saws can also produce a stronger kickback force because of the higher power.

Some people feel this makes them less safe than a direct drive, but if you take proper safety precautions, both saws should perform safely.

If keeping noise down is a high priority in your situation, the belt driven table saw will deliver fewer decibels.

Which Type Of Motor Should You Consider For Your Table Saw?

The direct drive table saw has what you need if:

The belt drive table saw is your choice if:

A table saw is a staple in a woodworker’s arsenal; choosing the best one is an important decision. Make sure to take the time to ask yourself what you truly need the saw to do and plan accordingly.